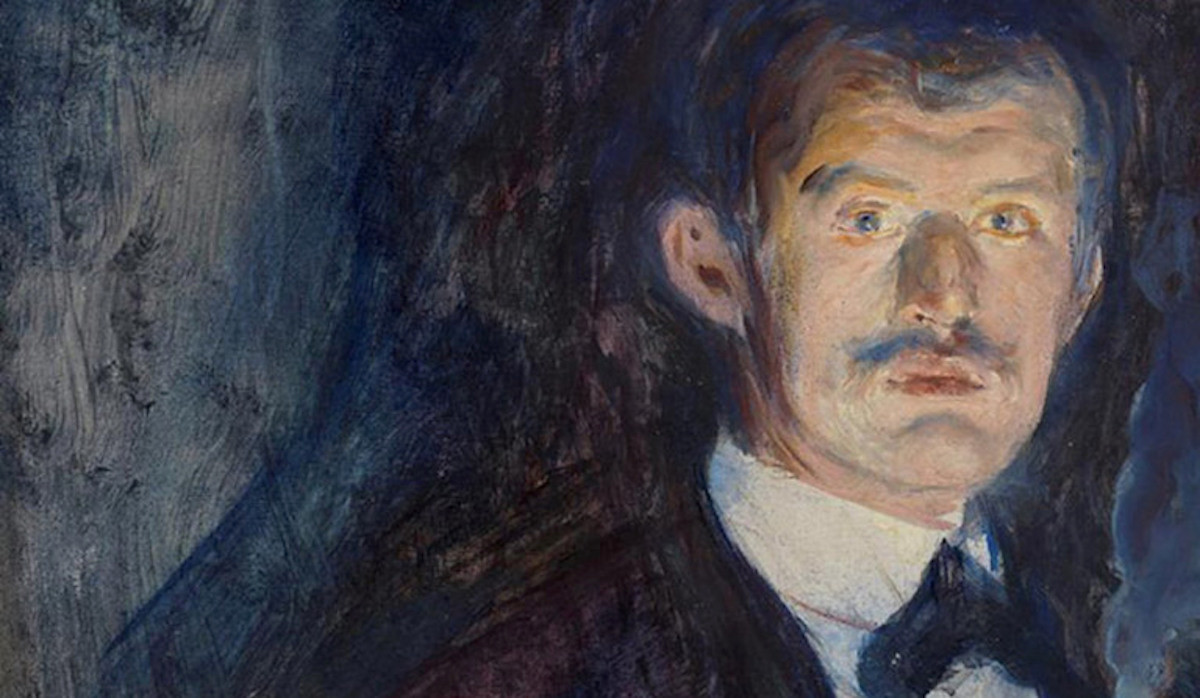 The human spirit has been defined as “the nonphysical part of a person which is the seat of emotions and character; the soul.” This mysterious entity, which is shapeless, ageless, and ambiguous, has confused and baffled people throughout history. It has been described as the essence of a person. It is, in itself, indefinable, and yet it defines who we are.

“Inside us there is something that has no name, that something is what we are.” – José Saramago, Blindness

How does one define the soul? How do we describe all of its nuances, peculiarities, and subtleties? Is it even possible to describe something we do not completely understand? It seems that all books, paintings, music, and writing – really, all art and human creation – has been nothing more than that: the attempt to describe and to capture, to preserve and to discover, this elusive spirit which resides within us.

If human production and creation can indeed be described as an expression of the soul, then is it to art and creation that we must look in order to understand what the soul is?

We create in order to understand and to express our innermost selves. Therefore, perhaps it is not only to art that we must look, but also to life – the highest art form that we know – in order to find the clearest hints of who we are within. A man’s life is the most telling of all, for every man creates his own life from nothing. 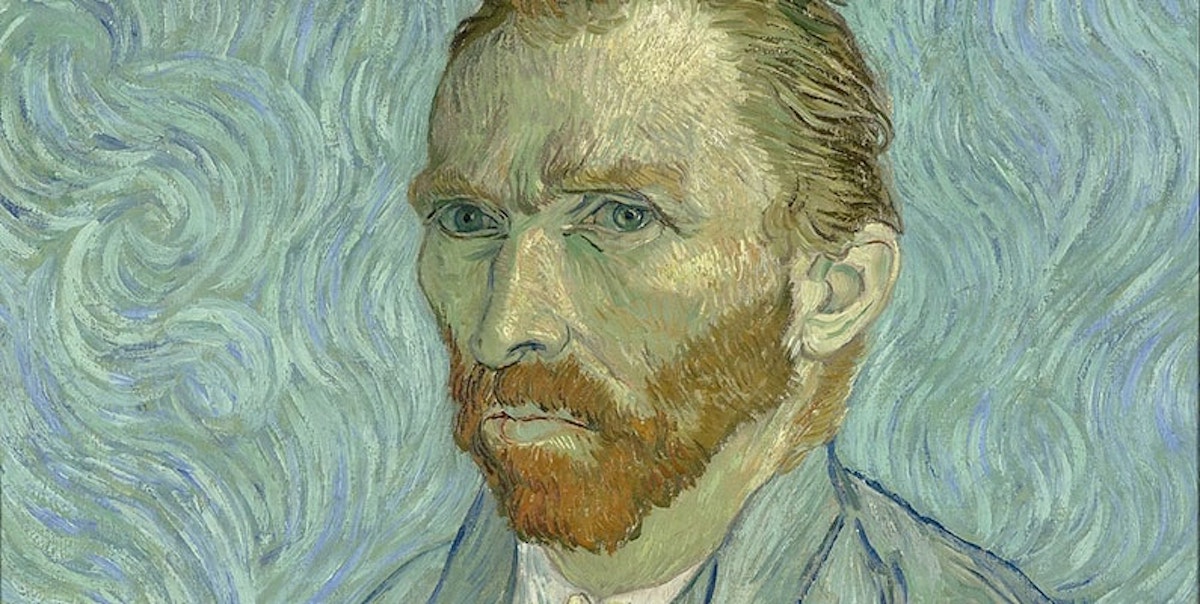 Self Portrait, 1889, by Vincent van Gogh

Through studying art and literature we may get glimpses into what the spirit is, and we may even come to better understand it, but in order to see the soul in action we must look to life itself; to people, experience, and into ourselves.

Above all else, the soul is ambiguous. Fragments of it can be glimpsed in people’s eyes, through their gestures and mannerisms, in their actions, and yet it remains invisible. The soul can be found in every aspect of a person and yet it is nowhere completely, meaning it does not reside in one aspect of a person alone. We are given an inkling that it is there, we are offered shredded pieces and scraps, but never a full picture.

In The Book of Disquiet Fernando Pessoa writes:

“My soul is a hidden orchestra; I know not what instruments, what fiddlestrings and harps, drums and tamboura I sound and clash inside myself. All I hear is the symphony.” – Fernando Pessoa, The Book of Disquiet 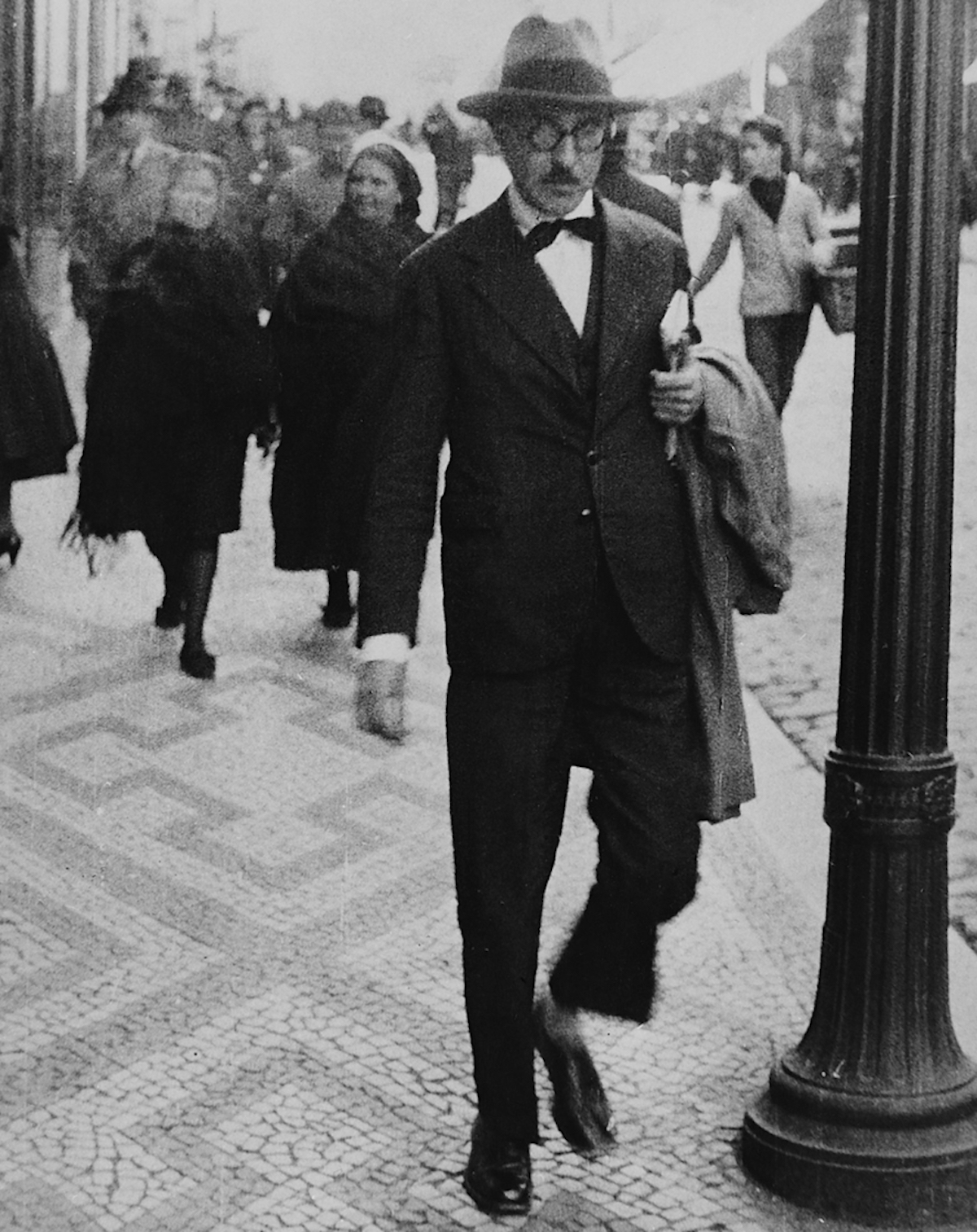 The soul is this thing which creates, which thinks, and feels, and questions. In The Unbearable Lightness of Being, Milan Kundera describes the soul as that thing which is responsible for consciousness and feeling.

“The body was a cage, and inside that cage was something which looked, listened, feared, thought, and marveled; that something, that remainder left over after the body had been accounted for, was the soul.” – Milan Kundera, The Unbearable Lightness of Being

Encompassing the realms of emotion, passion, intellect, understanding, and awareness, the soul lies at the core of who we are.

Countless writers have tried to describe the soul, to discover what it is and why it is. What we have learned is that the gap between the self we know and the self which remains invisible to us is vast and, perhaps, unbridgeable.

“This is what I believe: That I am I. That my soul is a dark forest. That my known self will never be more than a little clearing in the forest.” – D.H. Lawrence

According to D.H. Lawrence, the soul is like a dark forest, much of which remains unseen. What we know of the soul and its workings is nothing more than a small clearing in the trees. And like other things which we cannot see and which we do not understand, it can sometimes frighten us. Sylvia Plath once wrote, “I am terrified by this dark thing that sleeps in me.”

At first glance, the soul seems to be similar to the mind: it thinks, it listens, it marvels, and yet it does far more than that. It not only thinks, it also feels, dreams, and hopes. In Love in the Time of Cholera, Gabriel Garcia Marquez wrote:

“The essence of a human being is resistant to the passage of time. Our inner lives are eternal, which is to say that our spirits remain as youthful and vigorous as when we were in full bloom.” – Gabriel Garcia Marquez, Love in the Time of Cholera

Although our understanding of the human spirit is limited, a common ribbon throughout literature states that the soul is immortal and transcends the limits of this brief and fleeting human existence. In The Republic, Plato wrote:

“Have you ever sensed that our soul is immortal and never dies?” – Plato, The Republic 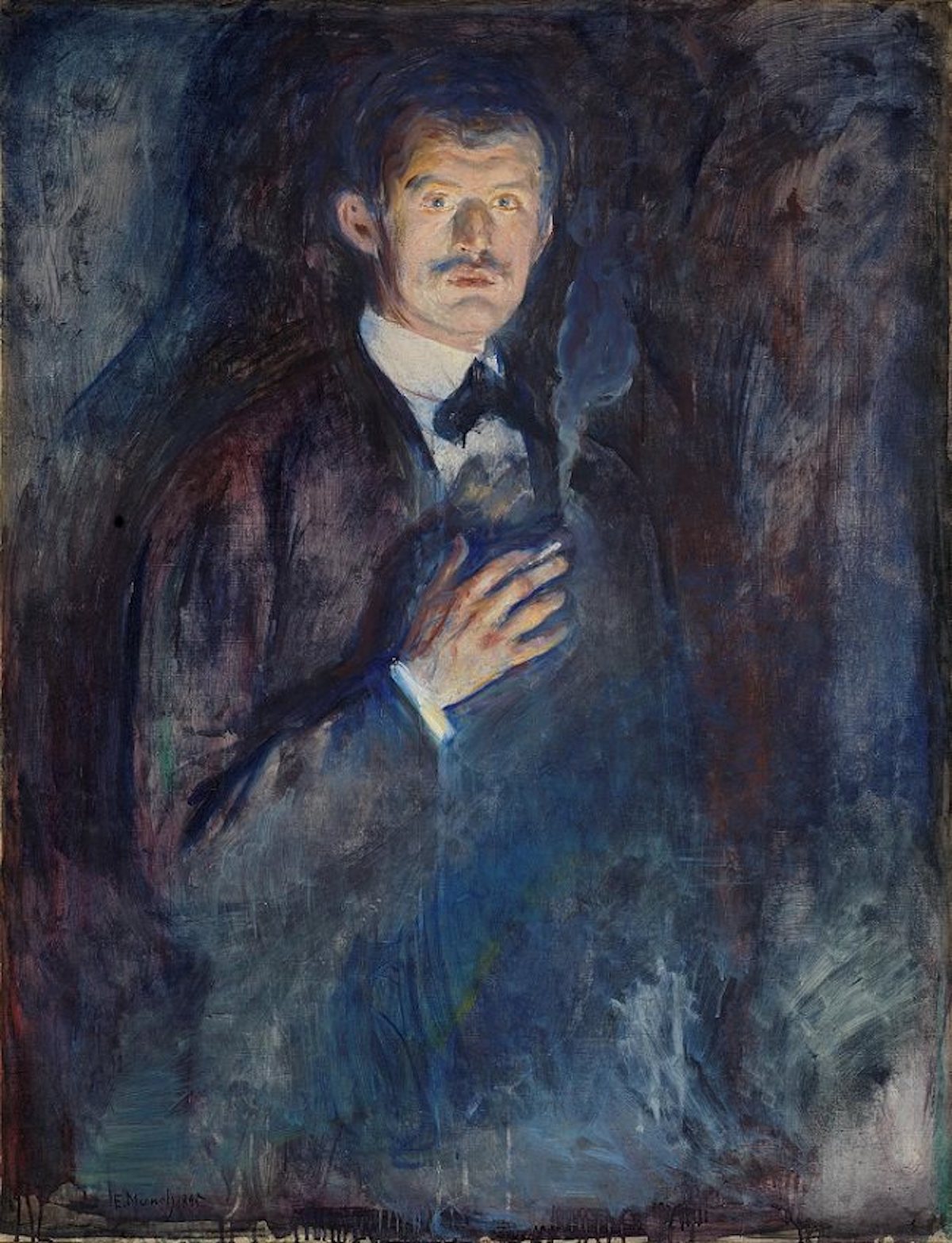 Self Portrait with Cigarette, 1895, by Edvard Munch.

And as Anton Chekhov wrote in The Seagull,

“In all the universe nothing remains permanent and unchanged but the spirit.” – Anton Chekhov, The Seagull

The soul is a mystery to us and yet it is at the heart of who we are. Perhaps it is destined, like most things in life, to remain a mystery, which we catch only brief glimpses and fragments of in songs and books everyday life.

(Note: if you buy any book(s) using the links above, I will receive a small commission. It will not cost you anything extra, and you will help me to maintain this blog. Thank you.)

About Zanna A. Jezek
My name is Zanna Jezek. I am a writer and an avid reader. I especially enjoy reading literature and books of poetry and philosophy. I began Spin Me A Book as a place to record my personal thoughts and reflections on the books I read. I hope you will find some insight or entertainment in my articles.
View All Posts by Author
Visit Author Website
Invaluable Advice from Sylvia Plath’s Mother
On Vulnerability: The Self We Hide Behind a Shield
COMMENTS 0

This site uses Akismet to reduce spam. Learn how your comment data is processed.

If you find this site interesting or entertaining, please consider becoming a Patron with a recurring monthly donation of your choosing. I put lots of time, effort, and money into sustaining this site. If you gain any joy or value from reading it, I hope that you will consider providing a modest donation. Your support really matters. 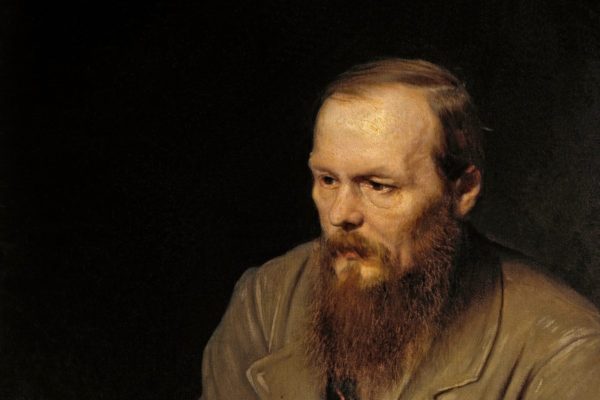 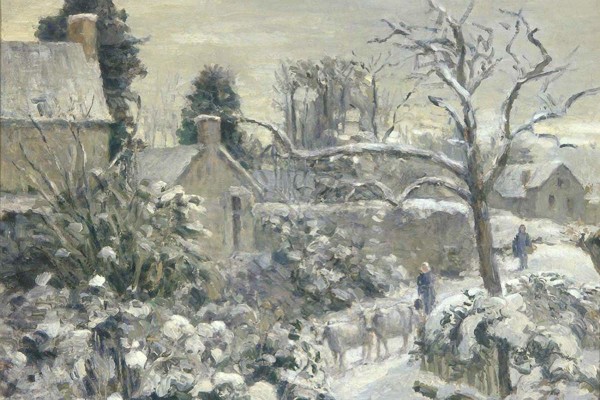 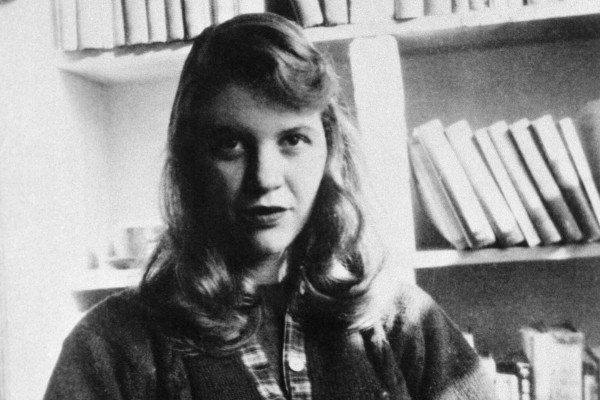 On Vulnerability: The Self We Hide Behind a Shield 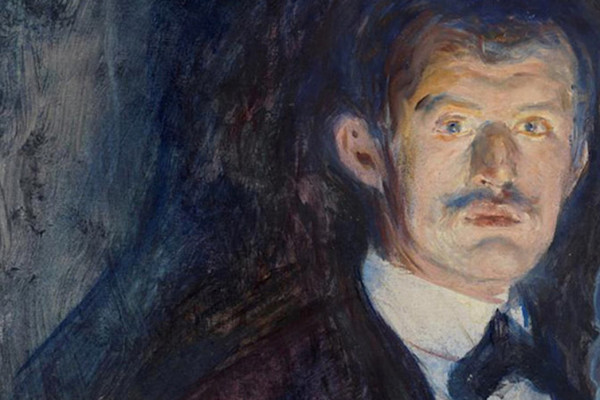 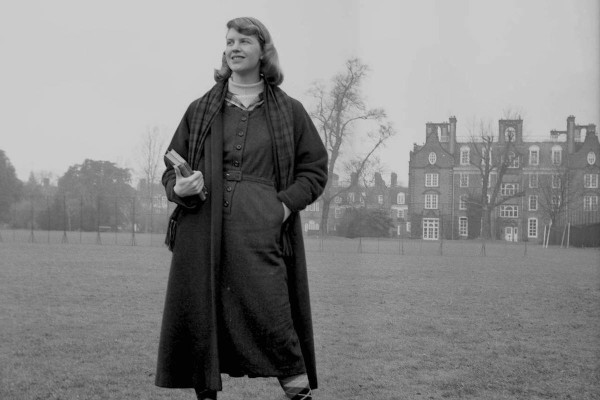 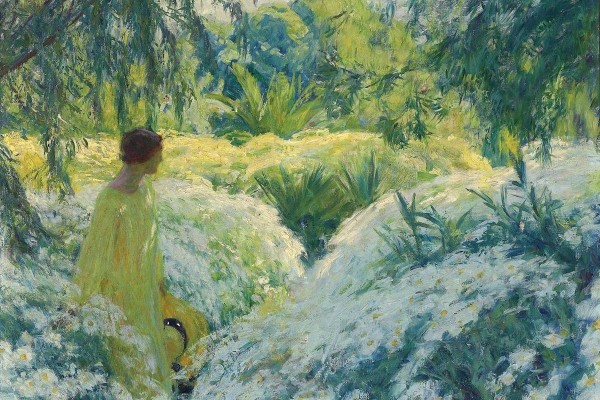 The Opposing Needs for Solitude and Company 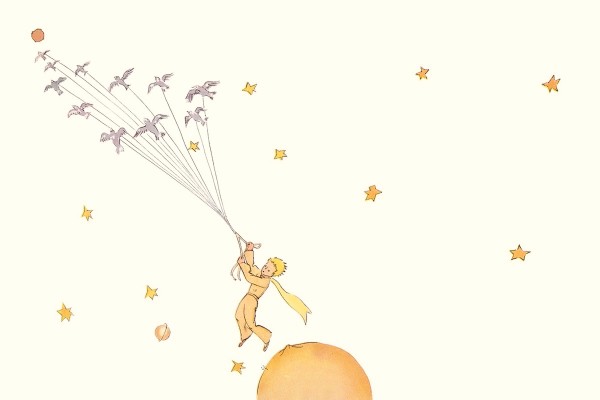 The Little Prince: A Timeless Exploration Into What is Truly Important